skip to main | skip to sidebar

And Again, I've Been Painting Nomads!

Infinity has been my new vice. I'm really needing to get a balance between this, other games and drawing during my free time. Infinity has been the most fun that I've had in awhile where painting is concerned. Here's a Mobile Brigada and Alguacil. While I'm at it, I might have to figure out how to make this blog more exciting. 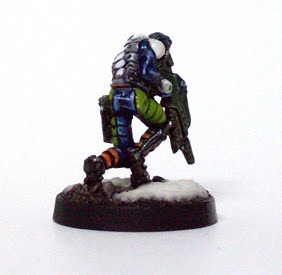 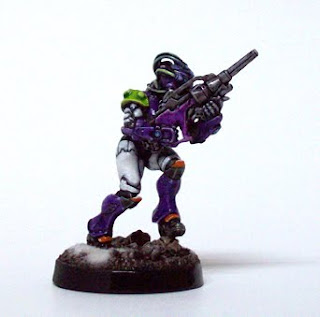 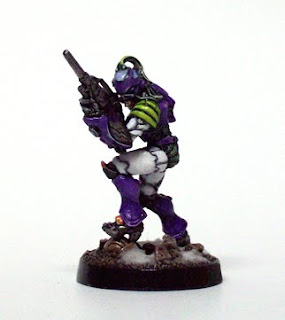 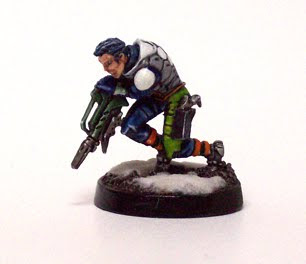 Got more painting finished up last week. This time, the Moderators From Bakunin! Hope you dig 'em. And with the minis painted from this and the last post here on Blogger, I could justify buying the other Nomad starter pack. Got those assembled and primed yesterday and the goal is to have them done before my online order comes in.

Posted by Johnni at 9:40 AM No comments:

So I Got Into This One Game With Lots Of Shooting

Almost two weeks ago, I bought the Nomads, Bakunin Jurisdiction starter set for the game Infinity. I'm going to try something with this game. I can only purchase new things for my Nomads when everything that I previously bought has been assembled and painted. So far it's working. My checking account approves of this move too. Here are the first three models that I've finished. I just want them looking decent and ready to play, so I won't be going nutso with shading and highlights. It's also going to be the game where I only play with painted models.

The Reverend Moiras with Multi Rifle was the first to get some acrylic love. 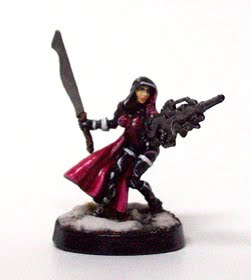 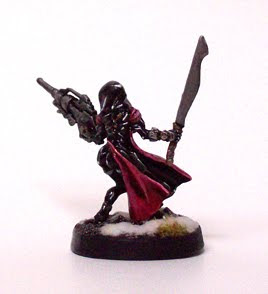 Sin-Eater Observant sporting an MK12 Rifle got some attention next. 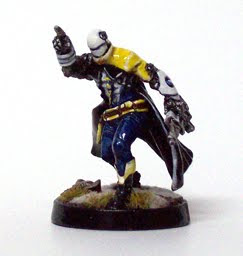 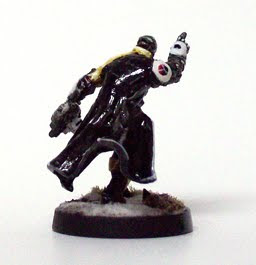 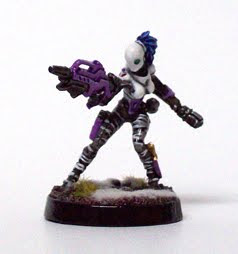 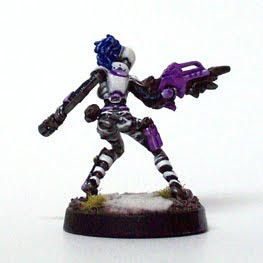 So I hope that I stick with the paint before playing and buying new stuff rules that I've set for myself. I'm going with a very bright color palette from what I'm use to since it's a game that has a heavy anime influence in its art direction. Actually that was also how I settled on the Nomads. I liked something from pretty much every faction which made deciding on an army difficult. The Nomads in my opinion had the heaviest anime visuals so I settled on them.
Posted by Johnni at 10:46 AM No comments:

Painted up the Man of Steel, Supergirl and Cyborg Superman to use in a tournament last Sunday. 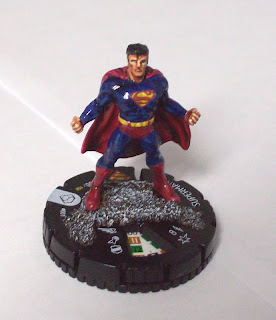 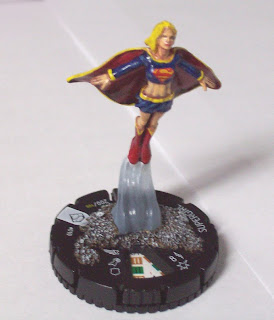 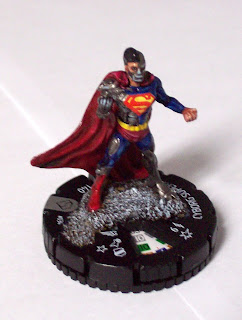 Posted by Johnni at 8:51 AM No comments:

Finished painting a Chun Li from the Street Fighter Heroclix set. Pleased that her face is now symmetrical. Looking at the pictures on the computer screen, I wish I had pulled a cleaner job on the effects for her lightning kick. 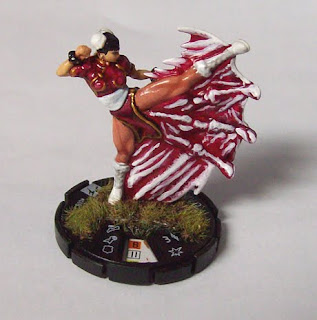 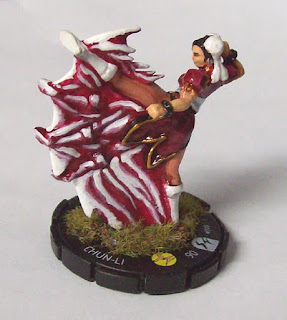 Posted by Johnni at 9:02 AM No comments: 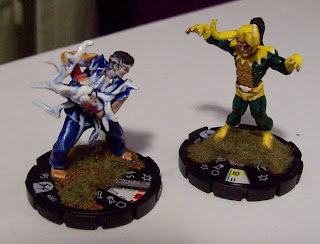 So I recently got into Heroclix. Ironically, the thing that appealed to me about the game was the fact that I would require no build and paint time whatsoever. Alas, the bug hit me and I decided to do some quick paint jobs on some Clix. I believe that because of how they come, I don't feel any pressure to try and paint these things to a high standard since anything I do would be an improvement to the assembly line paint jobs from some factory in China. But that reasoning is flawed since my metal minis don't have any paint on them, so wouldn't that mean anything I do to them is an improvement too? Regardless here they are!
Happy gaming!!! 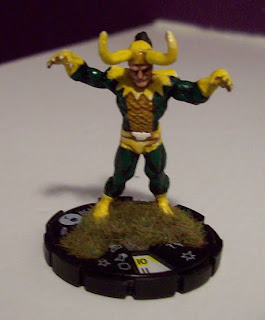 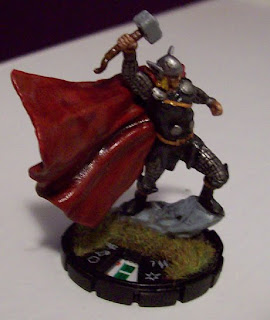 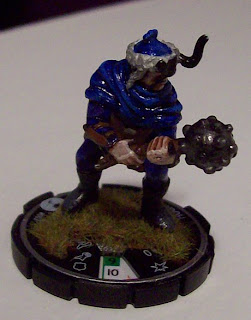 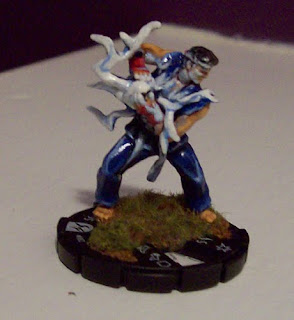 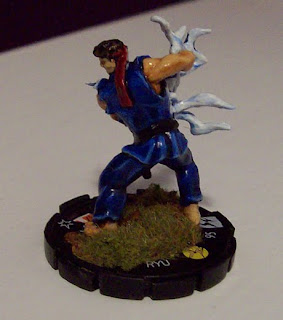 Posted by Johnni at 8:52 AM No comments:

Great, Just What I Need...Another Game

I'll be honest, for the longest time I viewed the bad to mediocre pre-paints and the gamble of buying blind boosters rather unappealing when it came to buying plastic minis such as D&D (under the old format), Heroclix, Mage Knight, etc. Top it off, I'm sure there was also a partial snobbish attitude pointed at it. "What? You play with those crappy looking things?" and then feel bad cuz a mini is leaning over funny or has bendy weapons.
Can't say that anymore because I've bought into Heroclix due to the recent release of Street Fighter. Heroclix has also been the easiest and quickest game for me to round up friends to play. Much lower price point to get into it and they don't have to paint or put anything together. Toss in some neat licenses and you can usually tickle someone's fancy.
I do have some gamer OCD kicking in and have already started doing some simple repaints but oh well, nice to know that I don't have to until I get around to doing it.
Happy gaming folks!
Posted by Johnni at 3:57 PM No comments: